Board Member & Member of the Nomination and Remuneration Committee

The CEO of Danah Al Safat Foodstuff Co. from 2014, and General Manager, Supporting Services, and Acting Chief Executive Officer of Al Safat Hospitality Co. in 2013 and 2014. He was Deputy CEO-Investment Sector in Mena Investment Co. in 2010 and 2011.

Al Jareki has been since 2014 board member of Al Safat Investment Co. 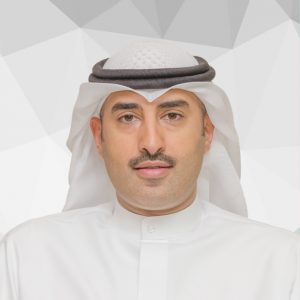