Born May 1970. Has a Master’s degree in business administration, Cleveland, Ohio, USA 2006, and BSc in Financing, Kuwait University 1995. He works in the National Investments Co. since 2002 and is currently the Company’s Chief Executive Officer.

He was teaching Assistant in Kuwait University 1996-2001 and an Investment Officer in the Kuwait Foreign Trading, Contracting and Investment Co. in 1996. 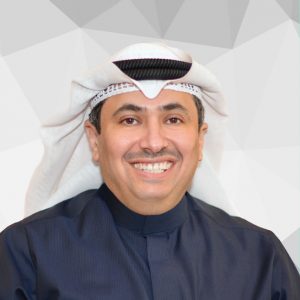